After a week long hiatus, I’m back in action!

How are you? How was your NYE? We have so much catching up to do. I’m going to try to rewind to last week and fill you in on as much as possible!

Friday afternoon, Dan picked me up and we headed to Cleveland (his new home) where I’d be staying through New Year’s Day. Friday night we ventured out for dinner and a martini. We ended up at Corner Alley, which is a bowling alley and bar/restaurant – how cool!

We had our usual, Dirty Martini, and I ordered a chicken salad for dinner. Afterward, we headed downstairs to the game room where we played a game of pool and I impressed Dan with my skills. 😉 He ended up winning, of course, but it was fun trying to beat him!

We ran 8,542 errands. Seriously, we were all over town. Between furniture shopping, grabbing groceries, getting some furnishings for his apartment and buying him a NYE outfit, we did it all.

Once we finally arrived back to the apartment, we were both starving and ready to sit down. I made us chicken quesadillas and eventually, he made us more dirtys!

The rest of the night was spent cuddled up by the fire.

I had been craving Starbucks and I knew there was one in walking distance, so we got up, bundled up, and made the half mile walk to grab some coffee.

Once home, I made us eggs with spinach and mushrooms along with maple chicken sausage. Sweet photo bomb, Dan!

I needed a workout in a bad way, so while Dan was wheeling and dealing with the furniture place, I headed to the fitness center for some weights and cardio.

Later that night I made amazing chicken burgers with ground chicken, onion, cheese and BBQ sauce – heaven! Dan had to go into work in the morning, so we called it a night early.

I played housegirlfriend all day since I was on my own – I did laundry, dishes, put all of his clothes in his closet and made my way back to the workout room. Since Sunday I had done legs, I did some upper body with more cardio.

It was so nice having access to a workout room while there. This will be nice for future weekends that I’m staying with him!

Once I got back, I showered and made dinner – Tuna Casserole – and waited for him to get home. It was another early night.

Again, Dan had to work, but only a half day, so I pretty much did the same thing – cleaned and worked out. Once he got home, we relaxed and anxiously awaited our company and to get ready for NYE festivities.

Dan’s friends arrived at 5:00 and my sister and her group arrived shortly after 6:00. There was an apartment full of people, champagne, music, cards and fun while we pre-gamed before the party. 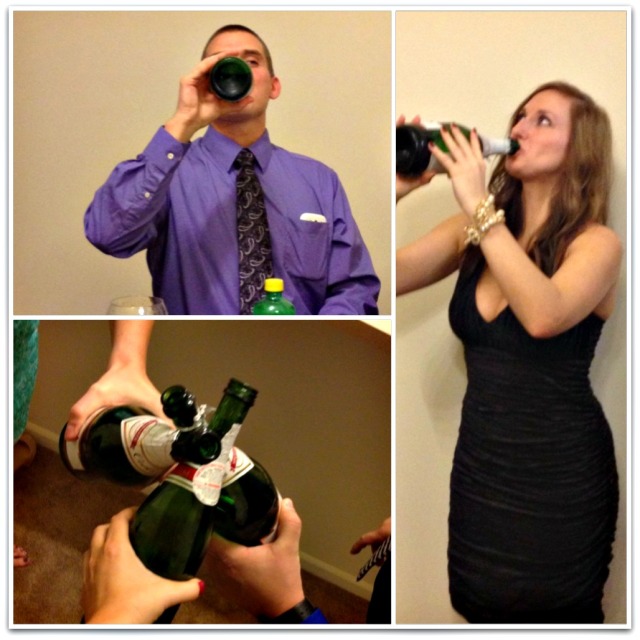 We took some pictures at the apartment and then headed out to walk a mile to find a cab. 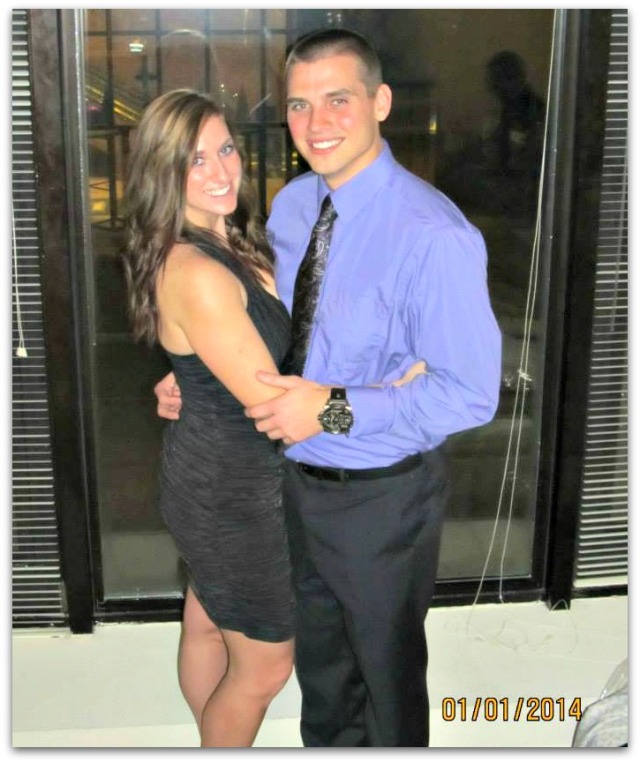 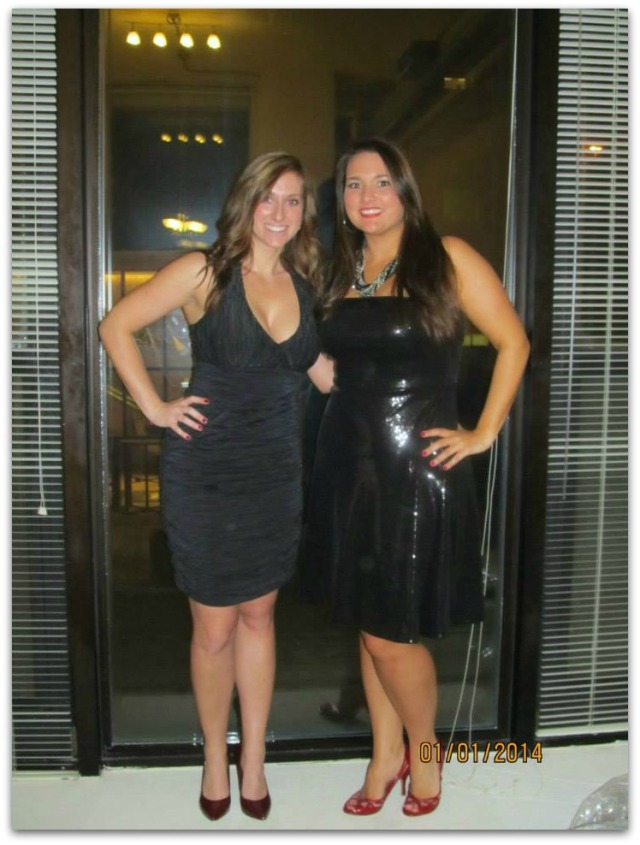 Do you like my Rent The Runway, Nicole Miller, dress?!

The venue was awesome – three floors with different music and bars on each, tons of food (which I should’ve eaten more of) and lots of dancing!

What a great week it was. It’s much harder leaving Dan after we’ve spent so much time together and now I won’t see him until the 10th. 😦 Long distance isn’t much fun, but at least I get to see him most weekends. I know a lot of military relationships or just other long terms that have it much worse and we will keep it positive and make it work!

I’m so excited for 2014 and what it has to bring. 2013 was definitely a special year for many reason and I feel incredibly blessed.

What did you do for NYE? Are you a homebody and stayed in, away from the crowds? Or, did you enjoy a night out with dancing and champagne popping at midnight?!

I’ve missed you! I’ll be back next week with some goals, fitness and meal plan! 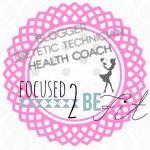 4 Responses to The Last Week I… {Workouts, Cleveland, NYE}